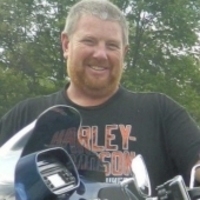 MONTGOMERY - Alan J. Marshall, age 52, passed away unexpectedly on Tuesday, August 28, 2018 surrounded by his loving family & friends at the University of Vermont Medical Center in Burlington.

He was born on July 31, 1966 in Middlebury, VT to James Marshall and the late Suzanne (Gelbar) Marshall.

Alan started his career as a truck driver at the age of 16, working for McDermotts Trucking. He couldnt wait to graduate from Richford High School in 1984, so he could drive full-time. Throughout his career Alan drove for McDermotts, Wrightholm Farm, R.L. Vallee, and Champlain Oil. He also worked part-time as a carpenter for several years. Alan married Pamela (Jacobs) on June 10, 1989, together they raised their two children, built and operated Marshvale Farm for 30 years. Alan & Pamela were a great team; they worked hard and played hard together. Most recently, they enjoyed traveling the country with their toy hauler and motorcycles.

He is survived by his wife, Pamela Marshall and their children, Colby & Danielle Marshall all of Montgomery; his father, James Marshall of Berkshire; brother, Robert Marshall and his wife Michelle Mortensen of Las Vegas, NV; mother-in-law, Shirley Jacobs and brother-in-law, Roger Jacobs Jr. and his wife Louise all of Enosburgh; nieces & nephews, Grier & Reagan Marshall, Jason Longley, Kelsey Jacobs and her significant other Jesse Wells, and Ashely Jacobs; great niece, Raelynn Wells and special friends, Brian Bilodeau, John & Windee Young and Shane & Dawn Reed and their families. Alan was predeceased by his mother, Suzanne Marshall; and father-in-law, Roger Jacobs Sr.

A funeral service will be held Wednesday, September 5, 2018 at 11:00 AM at Spears Funeral Home. Interment will follow in the Enosburgh Center Cemetery.

For those who wish, contributions in Alans memory may be made to Teen Challenge Vermont, 1296 Collins Hill Rd., Johnson, VT 05656
To order memorial trees or send flowers to the family in memory of Alan J. Marshall, please visit our flower store.