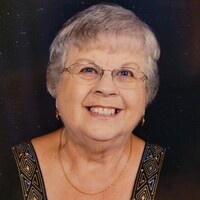 HIGHGATE – Aleta Mary (Cooper) Bushey, age 85 passed away Wednesday morning, March 3, 2021 at her home with her loving family by her side.

Aleta was born August 21, 1935 in Highgate, VT. She was the daughter of the late Clarence and Melvina (Ploof) Cooper. She graduated from Highgate High School. She married Wayne Bushey on July 7, 1956, who predeceased her May 18, 2017.

The United States Air Force brought Aleta and Wayne to South Hampton, NY where they lived until Wayne’s discharge in 1960. They settled back in Vermont where they began raising their first two children and continued to grow their family with the addition of two more children.

Aleta was a dedicated, loving, caring and selfless person who was a stay at home mom to their four children. She volunteered for several youth organizations in her community including Cub Scouts, youth hockey, religious education, and many other single event activities. Aleta was a homemaker who enjoyed cooking and baking. She often made a recipe without measuring the ingredients. Aleta shared the love of cooking and baking with her children, grandchildren, and great-grandchildren. Her ability to bake sweets was well known around the community and there was always something tasty to eat at the house as well as bringing something extra home.

She was passionate about arts and crafts. She started painting by watching Bob Ross videos and gave each of her children a painted scenic canvas. Her talent developed into much more creativity where she created handmade cards, decorated shells, and rocks, homemade ornaments, and most recently found a love of painting on flattened dry leaves. Aleta shared her passion with her grandchildren and great-grandchildren. She was known as the “Art Girl” by her eldest great-granddaughter who was inspired by her talents. Other passions of Aleta’s were bird watching, lounging by the pool, gardening, shopping, and traveling to the ocean. Some of the most enjoyable trips Aleta made was traveling to the coast of Maine touring lighthouses, the beach and eating seafood with her loving husband Wayne.

Aleta’s family will be holding a private life celebration for her, in efforts to keep everyone safe and healthy during this pandemic.

Aleta’s family would like to send a special thank you to everyone who visited, called, sent cards and gifts, especially Chelsea, and the Bayada staff during her illness.

In lieu of gifts, Aleta’s wish is for everyone to spread love and kindness to each other.

To order memorial trees or send flowers to the family in memory of Aleta M. Bushey, please visit our flower store.