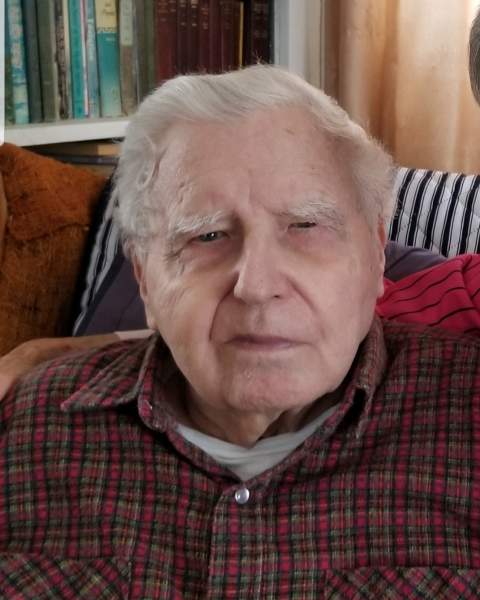 RICHFORD - Bruce Knutson passed to his rest on August 8, 2022 in the comfort of his home with family by his side. During the last six months of his life, he maintained an attitude of humility and dignity, always showing appreciation for all who cared for him.

Bruce was born on August 11, 1934 to Helen (Holmes) Knutson and Oliver R. Knutson. He first lived with his mother and grandparents in Waterbury, Vermont. At the tender age of three, he and his sister were moved to live with his aunt Shirley and her husband in Roxbury, Vermont. With them, he moved many times, living in Vermont, Massachusetts, and upstate New York. Bruce was working as a computer programmer in Hartford, Connecticut when he met the love of his life, Esther. His favorite memory was marrying Esther; they were married for over 57 years. For a time, they worked together selling Christian books in Massachusetts and then Vermont. Eventually, he worked in the computer departments at Burlington Grocery and later at Shelburne Industries.

Bruce's one child, Debbie, was born in Vermont. As a young father, Bruce taught Debbie to enjoy the great outdoors. On evenings when Esther worked as a nurse, he would take Debbie on long bike rides, boat rides or swimming in warm weather. At other times, they would engineer interesting models and displays, play board games or ice skate. As a speed skater, Bruce could skate very fast both forward and backward. Also, he was known for his ability to ride a bike backwards - by sitting on the handlebars while pedaling.

Bruce was a respected husband and father - caring, encouraging and committed. He enjoyed camping with family and built relaxing campfires. He was faithful in keeping the Bible's seventh day Sabbath, and would call his family for worship at sunset times. He consistently read a Bible devotion to the family each morning and prayed with them. Singing was sometimes part of family worship. Bruce had a tenor voice and could harmonize well when singing hymns. He enjoyed listening to music and appreciated different styles including sacred, classical and folk music. He liked hearing Debbie play the piano and accordion, especially at church. He was committed to God and was a devoted Seventh-day Adventist Christian.

The family would like to extend their most sincere thanks to the Bayada Hospice agency and neighbors and friends who so willingly provided help. Special thanks to Brigette, Kari, Katie, Lori, Lynn and Marlene. Their outstanding care for Bruce, and support of the family, made it possible for him to remain in his home to the end.

In lieu of flowers, tribute gifts can be made in Bruce's memory to his favorite charity, Adventist Disaster and Relief Agency (ADRA), at https://donations.adra.org/ or to the Town of Richford Ambulance service at P.O. Box 236, Richford, VT 05476 or to the charity of your choice.

A Memorial Service is being planned for a later date.

To order memorial trees or send flowers to the family in memory of Bruce Knutson, please visit our flower store.