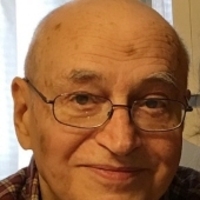 SWANTON - Allen Joseph Bertrand, passed away peacefully at his home on Tuesday, November 28th. Allen was born on November 5, 1939 on the family farm in Swanton; to Roseanna (Daneau) and Armand Bertrand. The family moved from Swanton, to Port Henry, New York and Bellows Falls, Vermont opening new locations for the familys dry-cleaning business.

Following his retirement from the Air Force, Allen worked at Swanton Rexall from 1983 to 2005. Where he was known best to all as Mr. Al.

Allen was a devoted parishioner of The Nativity of the Blessed Virgin Mary Catholic Church and was a lifetime member of the Knight of Columbus, St. Edmund of Canterbury Council 776 of Swanton Vermont. Allen was also a member of the Veterans of Foreign Wars Post 778.

Allen enjoyed traveling and playing Bingo with his companion Marylin Tynes. Allen was an avid card player and had a wonderful sense of humor. He was the master of completing challenging puzzles. Allen was a kind and generous man; always putting others before himself. He will be dearly missed by many.

The Liturgy of Christian Burial will be celebrated Wednesday, December 6, 2017 at 11:00 a.m. at The Church of the Nativity of the Blessed Virgin Mary, 65 Canada Street, Swanton. Father James Zuccaro will officiate. The Rite of Committal and Interment will follow in the Bertrand family lot in Riverside Cemetery in Swanton.

Those planning an expression of sympathy are asked to consider the Missisquoi Valley Rescue, P.O. Box 22, Swanton, VT 05488.

Condolences, photos and favorite memories may be shared through www.gossfs.com
To order memorial trees or send flowers to the family in memory of Allen J. Bertrand, please visit our flower store.