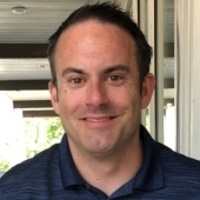 Andy grew up in Franklin, MA and graduated from Franklin High School in 1994. He was also a 1998 Providence College graduate. Andy was currently employed by Nova Bus in Plattsburgh as a senior financial analyst and he was previously employed by Champlain Cable and IBM.

He married the love of his life, Michele, at Saint Anne\u0027s Shrine in Isle La Motte, VT, on September 24, 2005. He was a very loving and much loved man. Andy lived his life for his wife, children, and family. He was a beloved member of the community and St. Marys Catholic Church in St. Albans. He loved coaching his children\u0027s sports and attending their numerous activities. With a personality unmatched, he connected with and made friends with everyone he met. We know with certainty that he is with our loving God, and he will always be with us.

Andys family would like to thank the Alburgh Fire and Rescue Volunteers, Grand Isle County Sheriff\u0027s Department, and the Vermont State Police for their efforts.

A Mass of Christian Burial will be held on Monday, August 27, 2018 at 11:00 AM at St. Marys Catholic Church, Fairfield St., St. Albans. Interment will follow in Holy Cross Cemetery, Fairfax St., St. Albans.

For those who wish, contributions in Andrews memory may be made towards a fund for his children, c/o Kidder Memorial Home, 89 Grand Ave., Swanton, VT 05488.

Condolences, photos and favorite memories may be shared through www.gossfs.com
To order memorial trees or send flowers to the family in memory of Andrew M. Lynch, please visit our flower store.