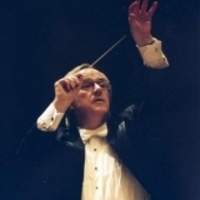 MONTGOMERY CENTER - Andrew Massey, the seventh music director of the Toledo Symphony who brought audiences works across eras and of diverse styles, including those of Beethoven, Mahler, Elgar, and contemporary American composers, died Friday, June 1, 2018 in his Vermont home. He was 72.

He was born in England and studied at Oxford University, where he earned bachelors and masters degrees. He also earned a masters degree from the University of Nottingham. Andrew emigrated to the United States in 1978 to become the assistant conductor of The Cleveland Orchestra.

Andrew became Toledo Symphony music director in 1990. He remained with the orchestra in that role until 2001 and continued on in 2002 as a principal guest conductor. He had also been associate conductor of The San Francisco Symphony and New Orleans Symphony, and a conductor or leader of the Rhode Island Philharmonic, Fresno Philharmonic, Oregon Mozart Players, the Milwaukee Symphony, the Racine Symphony, and the Indonesian National Symphony Orchestra in Jakarta. He also spent six years as a senior music lecturer at Middlesex University in London, and was once a visiting scholar at Brown University. He was also a composer himself, writing pieces for orchestra members.

On July 4, 2002, he became a U.S. citizen, along with 22 others, in a ceremony under Perry\u0027s Victory and International Peace Memorial on South Bass Island.

He is survived by his wife, Sabra Massey of Montgomery, VT; their children, Colin Sebastian Massey and his wife Jessica of Bennington, VT, and Robin Elizabeth Massey and her partner Jose Manuel Castroagudin of Vigo, Spain.

In lieu of flowers please send donations to Vermont Public Radio or the Cold Hollow Sculpture Park in Enosburg, Vermont.

Condolences, photos and favorite memories may be shared through www.gossfs.com
To order memorial trees or send flowers to the family in memory of Andrew Massey, please visit our flower store.

Montgomery Center for the Arts