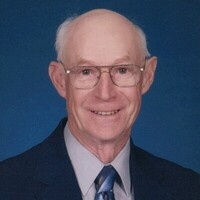 FRANKLIN, VT - Andrew (Andy) Rainville completed his life with us on September 16, 2021 at his home surrounded by family, less than 1 mile from the farm house where he was born 91 years ago. 69 years ago (1952) he married Imogene (Gigi) Columb (who survives him). He had courted her during her nurses training at the Bishop DeGoesbriand Hospital in Burlington, Vt, frequently driving the 3 hour round trip from Morses Line in Franklin after a long day of work on the farm. She graduated with high honors and he was honored she accepted the marriage proposal. Through thick and thin he held her in high regard. Together they raised 12 children on the 500 acre dairy farm in Franklin over looking Lake Carmi with mountains in Canada and Jay Peak in the background. Andy cherished the spectacular view, frequently sitting in his easy chair in front of the picture window during his last years. Andy treasured his family and after retiring, he spent countless hours working on each of their home projects performing carpentry, plumbing, planting, cutting unwanted trees and countless cords of wood and any other job that needed attention. He was fearless with a chainsaw and took on projects others avoided (sometimes with good reason!). He loved working in the woods and continued to harvest timber, often alone regardless of weather conditions, at age 86. During maple sugaring season he handled firewood to fire the arch and would outwork men half his age while telling visitors one of his long repertoire of jokes. A born story teller, he was tickled whenever someone appreciated his sense of humor; to him, obtaining a laugh was a gift as good as gold. On the farm, Andy excelled at growing crops, breeding and raising dairy cattle and learning progressive methods of balancing feed rations. During the 1960’s and 1970’s, he and Gigi (she worked in the fields and barn for years, even when pregnant) continuously produced some of the highest herd averages for milk and butterfat production in the county. At their auction in 1980, the cattle brought exceptionally high prices, even though they were unregistered grades because farmers wanted the genetic breeding lines he had developed. Two of his brothers got into a bidding war over one of the best cows and “the winner” paid a premium, causing the crowd to cheer. In addition to his wife, his 12 children survive him; Andrea (Chris) Blanchard of Florida, A. Gregory (Tracey) Rainville of Georgia, Vt., Michael (Judy) Rainville of Arizona, Stephen (Eddie) Rainville of North Ferrisburg, Vt., Alicia (Hossein) Aghamehdi of Pennsylvania, Rosanne (Chris) Towne of Milton, Vt., Celia (Craig) Rainville of Essex, Vt., Monica Rainville of Pennsylvania, Matthew Rainville of Franklin, Vt., James (Therese) Rainville of Burlington, Vt., Elaine (Michael) Archambault of Georgia, Vt., Martha (Michele) Rainville of Pennsylvania. Survivors include 21 grandchildren, 12 great grandchildren, and 1 great great grandchild. He is also survived by his brother and sister-in-law, Roger and Denise Rainville of Swanton, Vt., sister, Aline Magnant of St. Albans, Vt., sister-in-law, Elizabeth Rainville of Franklin, Vt., sister-in-law, Lucille Rainville of Franklin, Vt., sister-in-law, Marjorie Columb, sister-in-law, Mary Korzun, and brother-in-law Alfred T. Columb. Andy is predeceased by his parents, Wilfrid and Alsyma Rainville, sister and brother-in-law, Rita and George Parent, 2 brothers, Richard Rainville and Clemente Rainville, brother-in-law, Cedric Columb, brother-in-law, John Korzun, brother-in-law, Claude Magnant, and brother-in-law and sister-in-law, Gary and Sheila Stanley and grandson, Rob Stanhope. Lacking a high school education but equipped with innate intelligence, he managed to “ace” the exam without studying, receiving a GED certificate August 25, 1983 at the age of 54. Andy was a member of the Knights of Columbus for 54 years and served on the Franklin Town Zoning Board several years. He was a stalwart member of the National Farmers Organization (NFO) in the 1970’s. A life long member of St. Mary’s Catholic Church in Franklin, it is where he was baptized, confirmed, married and his funeral will be held there. Contributions in Andy’s memory may be made to either St. Mary’s Cemetery, P.O. Box 563, 222 Mississquoi St., Enosburg Falls, Vt., 05450 or Franklin County Home Health Agency, 3 Home Health Circle, St. Albans, Vt., 05478. Friends and family are invited to Andy’s Life Celebration to include visitation on Friday, September 24, 2021 from 4:00-7:00 PM at The Goss-Spears Life Celebration Home, 96 Dickenson Ave., Enosburg Falls. A Mass of Christian Burial will be held on Saturday, September 25, 2021 at 1:00PM at St. Mary’s Catholic Church, 145 Square Rd, Franklin, VT 05457. Interment will follow in St. Mary’s Cemetery in Franklin. For everyone’s safety, the family request visitors to wear a face mask and to social distance. For those who cannot attend in person the funeral Mass will be live streamed by Father Dan through the St. John the Baptist Catholic Church Facebook Page: https://www.facebook.com/St-John-the-Baptist-106691320969118 Goss Life Celebration Homes is the area’s exclusive provider of Life Celebration events. Please visit our website to share condolences, photos and favorite memories at www.gossfs.com
To order memorial trees or send flowers to the family in memory of Andrew D. Rainville, please visit our flower store.