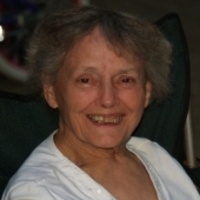 ALBURGH - Anita Jones Burnham, age 89, passed away on Thursday, April 19, 2018 at her daughters home in Alburgh.

She was born in Cambridge, Vermont, on March 22, 1929 to the late Raymond & Elizabeth (Barrows) Jones.

She graduated from Peoples Academy in Morrisville. Following graduation, she met and married William Burbank. Together they relocated from Newport, to Vergennes where Anita worked for Simmonds Precision and Addison County Counseling until her retirement. Anita was active, physically and fraternally. She was a member of the Order of the Eastern Star - Otter Creek Chapter #74 for 63 years. During her active years she served many chairs on the local and state level. She was also a member of the Cairo Temple Shrine Lady Orientals, the American Legion Auxiliary in Vergennes, and the Senior Center in Middlebury. She enjoyed traveling, camping, boating, and spending time with her family.

A Celebration of Life will be held on Friday, April 27, 2018, at The Islands In The Sun Senior Center, Main Street, in Alburgh, at 11 AM.

In lieu of flowers, donations in Anitas name can be sent to Order of Eastern Star Otter Creek Chapter, 1853 Greenbush Road, Ferrisburgh, VT 05473.

Condolences, photos and favorite memories may be shared through www.gossfs.com
To order memorial trees or send flowers to the family in memory of Anita Jones Burnham, please visit our flower store.

The Islands In The Sun Senior Center