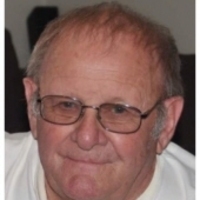 SWANTON - Arnold Olin Parah, Jr. passed away peacefully on February 17th, 2018 at home with his son and daughter by his side.

Arnold attended Sheldon Schools and on April 11, 1959 he married Carol Ann LaFleur, who predeceased him on September 11, 2017. Arnold was a member of the Vermont National Guard 172nd Infantry Tank Company. He worked several years at Precision Metal Products Corp. then as a head custodian at Swanton Elementary School up until his retirement in 1994 after 28 years of employment. After retirement, Arnold could not sit still so he sought employment with Rays Dies and Tubing Company (Raven Industries), where he continued to work up until one week prior to his passing.

Arnold enjoyed ice fishing on Lake Champlain in his shanty, deer hunting, being outdoors, and going for drives with his wife, Carol, looking for deer. He was proud of his grandchildren and the birth of his great-grandson, Malik. Dads energy and sense of humor will be missed by all who knew him.

Arnold is survived by his son Kevin Parah and wife Anita, daughter, Lisa Meunier and husband Edward Jr., all of Swanton. Grandchildren Shauna Meunier, Matthew Meunier his partner Sheena Gagnon and their son Malik, Derek Meunier, Shelby Meunier, Chad Parah his partner Heather Bishop and her son Corey, Evan Parah and Mollie Parah, his brothers Larry Parah and wife Susan, and Leonard Parah, his sisters Ruth Ahders and husband Leonard, and Carlene St. Denis and husband David, and special friends, Ricky and Sheree Longe, Jack Schmidt, Roby Eastman, and his work family from Rays Dies and Tubing, and many cousins, nieces, nephews and friends.
In addition to his wife and parents, Arnold was predeceased by his brothers Gerald, Rene and Ronald.

Funeral services and committal prayers will be private at the convenience of the family. Committal will be held at Riverside Cemetery in Swanton.

For those who wish, contributions in Arnolds memory may be made to Make-A-Wish Foundation, 431 Pine Street Suite 214 Burlington, VT 05401.

Condolences, photos and favorite memories may be shared through www.gossfs.com
To order memorial trees or send flowers to the family in memory of Arnold O. Parah Jr., please visit our flower store.