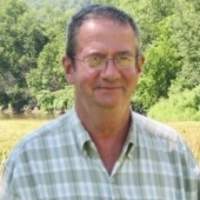 Art was born on June 12, 1942 and grew up in Bethel, CT. He graduated from Trinity-Pawling School and attended Boston University. He then enlisted in the United States Air Force working in the Security Service division from 1963 to 1968 with tours in Okinawa, South Vietnam, and England.

While he was stationed in England he met and married his wife Christine and later relocated to Delray Beach, FL. Art worked for the IBM Corporation for 29 years, first at Boca Raton, FL before relocating to and settling in Bakersfield, VT in 1978 with his family. Art remained at his home in Bakersfield until the time of his passing.

Arts passion was restoring antique automobiles, especially Fords. He was a member of The Early Ford V8 Club of America and restored a 1934 pickup and a 1935 sedan to show standards. He especially enjoyed driving and showing them at local antique car shows. Art was happiest at home where he loved working in his garden, his expansive yard, and on his many home improvement projects.

Art loved his family and was interested in their activities and proud of their accomplishments. He will be dearly missed.

Per Arts wishes there will be a private family memorial service at a later date.

Condolences, photos and favorite memories may be shared through www.gossfs.com
To order memorial trees or send flowers to the family in memory of Arthur B. Leonard III, please visit our flower store.