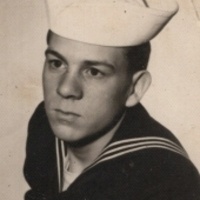 He was born on August 6, 1949 in Colchester to the late Joseph Sr. & Joan (Vincelette) Morits.

Arthur served in the U.S. Navy during the Vietnam Conflict. He loved carpentry and working on projects around the house. This came in handy during his work career in maintenance at the border. Most recently, he was working as a security guard for Securitas. Arthur married Maureen (Finn) on October 8, 1971 and they spent time living in Vermont and Florida. He was an avid race fan, and also enjoyed working on automobiles in his garage. Arthur will be remembered as a practical joker, Bingo lover, and a devout Boston Red Sox fan - he attended his first game at Fenway Park two years ago. Most importantly, he enjoyed spending time with his beloved family, especially his grandchildren and great grandchildren.

In keeping with Arthurs wishes, there will be no public services.

For those who wish, contributions in Arthurs memory may be made to the University of Vermont Cancer Center, The Courtyard at Given, 4th Floor North, Burlington, VT 05405.

Condolences, photos and favorite memories may be shared through www.gossfs.com
To order memorial trees or send flowers to the family in memory of Arthur N. Morits Sr., please visit our flower store.