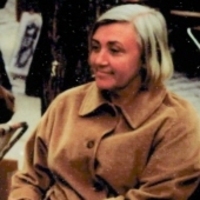 NORTH HERO - Barbara Ganin: beloved daughter, wife, mother, grandmother, mentor and friend died peacefully Saturday, May the Fourth, 2019 surrounded by her loving family. By all standards she lived a rich and exceptional life, and enhanced the lives of those lucky enough to have known her.

Barbara, a first generation American, was born to Mary and Albert Caruso in Brooklyn NY, December 10th, 1931. She received her Bachelors degree from the College of Mount Saint Vincent in 1952 and went on to earn a Law Degree at New York University in 1964. Barbaras first marriage was to Peter James, who predeceased her shortly thereafter. In 1954 she married Harvey E. Bumgardner, Jr. with whom she raised three children: Harvey III, Debbie and Pam. In 1980, she met the love of her life, Jack Ganin who predeceased her in 2005.

Over her lifetime Barbara built a distinguished career working as a clerk, teacher, lawyer, PTA Chairwoman, Chief Operating Officer of the Emotional Outlet retail stores in NYC, and Vice President of Ganin Tire. While her children were young, Barbara chaired their schools PTA, coordinating an extraordinary annual event, the Friends Fair, which hosted musical artists including John Lenon, Patti Labelle, and Harry Chapin. Later, Barbara began working at the Emotional Outlet as a salesgirl, rising to COO within three years, running all four stores in Manhattan. She has lived in New York City, upstate New York, Michigan, Fort Lauderdale Florida, Alburg, and North Hero Vermont. Barbara always cared for the people in her life, and supported those in need. She was an avid gardener and enjoyed nice cars.

Barbara was a great friend, supporter and role model for so many people and will be greatly missed. She is survived by her two daughters: Deborah and Pamela; seven grandchildren: Christopher, Megan, Ian, Simon, Erin, Chelsea and Lucy; four great grandchildren: Kaylee, Cayle, Gabriel and Beau; and two step-great grandchildren: Gavin and Dylan.

Condolences, photos and favorite memories may be shared through www.gossfs.com
To order memorial trees or send flowers to the family in memory of Barbara A. Ganin, please visit our flower store.