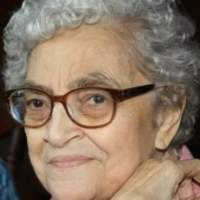 WESTMINSTER - Barbara L. Tidd, age 85, passed away on Wednesday, August 15, 2018 with her loving family by her side at The Villa in St. Albans.

She was born January 17, 1933 in Montgomery Center, to the late Leland and Maude (Demar) Snider.

Barbara attended schools in Montgomery and Enosburg Falls. After school she worked on the family farm. Barbara married Donald Wetherby on October 7, 1950. She worked at a printing company and book press in Brattleboro, where she gained a love for books and how to repair them. She then went on to care for others and worked at Linden Lodge Nursing Home. She was an active and loyal member of the VFW and Eagles Club in Brattleboro, where she served as State President and received an award for Mother of the Year. She will be remembered for her cooking, especially chicken n biscuits and her blue ribbon winning pickles. Barbara loved all animals and they loved her back. Her favorite hobbies included, going to lawn sales, taking trips to the casino, horse and dog races, and having a good time. After the loss of her husband Donald in 1972, she remarried Edward Tidd in 1975. Above all, Barbara will be remembered for the love and compassion she had for other people.

She is survived by her children, Ginger Desautels and her husband Pierre of Greencastle, PA, Lee Pepper Wetherby and his wife Sandy of Schodack Landing, NY, Donald Wetherby and his wife Madeline of Richford, Susan Clark of Newbury, NH, and Gary Wetherby of Marlow, NH; step-children, Sandy, Brenda and David; 14 grandchildren; 26 great-grandchildren; and 1 great-great-grandchild; her brother, Doug Shorty Snider and his wife Wanda; her sisters, Marion Peters and her husband Dennis, Marguerite Robtoy, Mildred Gundry, and Sally Ryea and her husband Hollis; a special niece, Karleen Lumbra and several nieces and nephews. Besides her parents, Barbara was predeceased by her two husbands, Donald Wetherby and Edward Tidd; her grandson, Jesse Wetherby; sons-in-law, Milton Clark; brothers-in-law, Elrick Robtoy, and Al Gundry; daughter-in-law, Lee Wetherby; brothers, Richard and Sonny Snider and many, many, four-legged friends.

The Mass of Christian Burial will be held Saturday, August 18, 2018 at 10:00 AM at All Saints Catholic Church, 152 Main St., Richford. Interment will be held on Wednesday, August 22, 2018 at 11:00 AM in the Westminster Cemetery with a reception to follow at the Eagles Club, 54 Chickering Drive, Brattleboro, Vermont.

For those who wish, contributions in Barbaras memory may be made to Franklin County Animal Rescue, 30 Sunset Meadows, St Albans City, VT 05478.

Condolences, photos and favorite memories may be shared through www.gossfs.com
To order memorial trees or send flowers to the family in memory of Barbara L. Tidd, please visit our flower store.