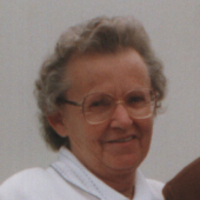 ENOSBURG FALLS - Barbara M. Wright, age 94, passed away, Tuesday evening, February 6, 2018 at Our Lady of the Meadows Community Care Home in Richford with her loving family at her side.

She was born September 18, 1923 in Enosburg Falls the daughter of the late Sidney & Inez (Beede) Green.

Barb was a lifelong resident of Enosburg Falls growing up on the Ladd/Green Farm She was a 1941 graduate of Enosburg Falls High School and a member of the Enosburg Falls United Methodist Church. Following high school, she was employed as a secretary at the Department of Defense Transportation Office in Montpelier from 1941 to 1944. On April 20, 1944 she married Wilbur S. Wright at which time Wilbur was in the Air Force and Barb followed him to many places including, Texas, Colorado, Florida and Alabama. After Wilburs honorable discharge they purchased the former Jones Farm on Duffy Hill and operated it as a dairy farm & chicken farm from 1946 to 1966 when they sold the farm and built a new home. During this time, they also started a family having three children, Terry in 1946, Donna in 1947, and Glen in 1949. They also started the Wright Bus Co. in 1954 and operated that until they sold it to their son Terry in 1981. Barb continued to drive for Terry (Wrightholm Bus Line, Inc.) until 1993. In 1967 she also worked at the Enosburg Falls High School as secretary to the Principal. Following her retirement from farming and bus driving she acted as a tour escort for McBryde Bus Tours and for Wrightholm Travel, Inc.

Her highlights of her life were traveling to the Rose Parade in California, Hawaii, Las Vegas, Branson, MO, Arizona, Nova Scotia, Prince Edward Island and of course a few casinos.\t

Funeral services will be held Monday, February 12, 2018 at 11:00 AM at the Enosburg Falls United Methodist Church, 245 Church Street. Interment will take place this spring in the Enosburgh Center Cemetery.

For those who wish, contributions in her memory may be made to the Cold Hollow Hose & Ladder Company (benefiting the Enosburgh Fire Dept.), P.O. Box 465, Enosburg Falls, VT 05450 or to the American Heart Assoc., Founders Affiliate, P.O. Box 417005, Boston, MA, 02241-7005.
\t
Condolences, photos and favorite memories may made on-line through www.gossfs.com
To order memorial trees or send flowers to the family in memory of Barbara M. Wright, please visit our flower store.