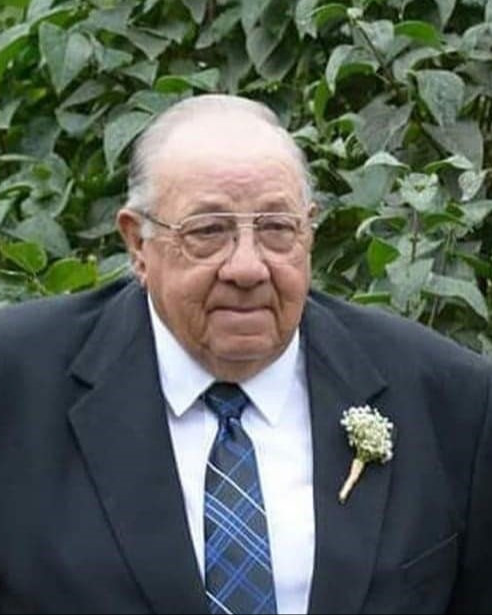 Ben was born and raised in Swanton. But because of the depression, he moved to Connecticut with his family. But as fate had it, he met the love of his life, Patricia (Johnson) in high school, and the two got married on July 9, 1960. Ben dedicated four years to the National Guard while in Connecticut. On their 25th wedding anniversary, they moved their family back to Vermont where they made a home in Highgate and have lived ever since. He had several businesses during his working career, Triple S Auto Business, Triple S Pony Farm and Triple S Construction Company. (Affectionately named after his three daughters, not knowing he and Patricia had a fourth daughter arriving later in life.) Ben loved ice fishing with his grandsons and great grandsons, spending the day pulling in perch from Lake Champlain in the shanty. He also loved spending summer days fishing from one of his many boats. Ben enjoyed raccoon hunting with his cousin in Connecticut with help from the Blue Tick Hounds, and many years of bow and rifle hunting deer. The family has fond memories of weekend 4H camping trips in Connecticut where they enjoyed trail rides with the horses, ghost stories around the campfire and Ben cooked for everyone. He also enjoyed haying, working on the farm equipment and puttering around the yard and in the woods. When Ben’s health failed, he loved staying home and watching You Tube videos, John Wayne westerns, and spoiling Millie, his favorite granddog. Above all hunting and fishing stories, his favorite stories to share were bragging about his family, who he loved unconditionally.

For those who wish, contributions in Ben’s memory may be made to the Abenaki Food Shelf- Maquam Bay of Missisquoi, Inc - Food Distribution Center, 100 Grand Ave., Swanton, VT 05488.

To order memorial trees or send flowers to the family in memory of Benjamin "Ben" H. LaFar, please visit our flower store.