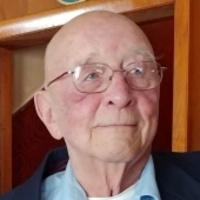 He was born in Enosburg Falls on May 9, 1936 to Stanislas & Therese (Larose) Breault.

Bernard spent his entire life in this area. He worked as a truck driver for McDermotts Trucking for many years. After retiring from truck driving, Bernard worked as a care attendant at NCSS for nearly 10 years. In his spare time, Bernard enjoyed going to deer camp, hunting, horseback riding, sugaring, bowling and traveling throughout the United States and Canada. Bernard also loved baseball, the Atlanta Braves were his favorite team, and he also coached Little League for several years. He was a former member of the Enosburgh Volunteer Fire Department, and the Enosburgh Ambulance Service. Bernards family meant the world to him, the relationships he maintained with his nieces & nephews were very special to him.

He is survived by his children, Bernadette Richard and her husband Paul of Cultus Lake, British Columbia, Bernard Yogi Breault Jr. and his significant other Johanna Waterhouse of Montgomery, and Annmarie Covillon and her husband Robert of Carthage, NY; step-son, James Guilmette of Richford; grandchildren, Christina, Julia, Maggie, Matthew and his significant other Susan, Emma & Maddison; his first great grandson is due to arrive in May of this year; his brother, Guy Breault and his wife Nancy of Enosburg Falls; sister-in-law, Barbara Whitney of Richford; and several nieces & nephews, especially his great nieces who referred to him as Papa , Katie, Megan & Sarah. Besides his parents, Bernard was predeceased by his wife, Margaret Breault; daughter-in-law, Cheryl Guilmette; siblings, Rita Breault, Lucille Loiselle, Georgette Archambault and her husband Roland, and Harvey Breault and his wife Lorraine; and brother-in-law, Francis Whitney.

Bernards family would like to give a special thank you to his neighbors, Lucy Tatro and Julie Lacross, for always checking in on him.

A Mass of Christian Burial will be held on Monday, March 11, 2019 at 10:30 AM at St. John the Baptist Catholic Church, Missisquoi St., Enosburg Falls. Interment will be held this spring in the Richford Center Cemetery.

For those who wish, contributions in Bernards memory may be made to Enosburgh Ambulance Service or the Enosburgh Volunteer Fire Department and mailed to P.O. Box 465, Enosburg Falls, VT 05450.

Condolences, photos and favorite memories may be shared through www.gossfs.com
To order memorial trees or send flowers to the family in memory of Bernard E. Breault Sr., please visit our flower store.