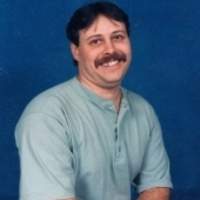 ENOSBURG - Bernard Allen Paquette Jr. Peanut of Enosburg, passed away unexpectedly on August 16, 2019 at the age of 58.

Bernard was a man of many crafts, he highly enjoyed doing things with his hands and anything that involved the outdoors... you could say nature was his second home. He worked jobs as a roofer, painter and built bridges with McDonalds Co. Any chance he had to be outside, he would. Some of the things he enjoyed most in life were hunting and fishing... you could catch him during any season with his best friend, Jake his K9 companion out tracking rabbits, pheasants or on the lake reeling in the big catch. Bernard enjoyed nothing more than spending time with his kids, family and friends doing these very things along with handing out advice to his many nieces and nephews. Other hobbies of his were snowmobiling, archery and collecting old coins. Anyone whos ever met Bernard always walked away with a smile, it was hard not to with his jokester personality and warming laugh. Without a doubt, Bernard has touched so many lives, he will be forever missed, forever loved and forever alive in all our hearts.

Visitation will be held on Thursday at Spears Funeral Home from 12:00 PM until the hour of the service.

For those who wish, contributions to help with Bernards funeral expenses, may be mailed to, Spears Funeral Home, P.O. Box 396, Enosburg, VT 05450.

Condolences, photos and favorite memories may be shared through www.gossfs.com
To order memorial trees or send flowers to the family in memory of Bernard A. Paquette Jr., please visit our flower store.