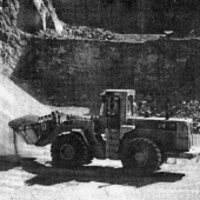 He was born December 11, 1928 in Alburgh to the late Thomas & Florence (Rouse) Thompson.

Bernard grew up in Alburgh. He served 27 1/2 years in the Vermont Army National Guard and 3 years active duty during the Korean war. He retired as an E-9, Master Sergeant. Bernard married the love of his life, Betty (Richard), on October 9, 1948. He worked as a heavy equipment operator for over 40 years, first at Swanton Lime Works and later for Charbonneaus. Bernards favorite hobby was Sulky Racing and they would travel to county fairs throughout Vermont and New York to participate. He also enjoyed hunting and fly fishing when he was younger.

For those who wish, contributions in Bernards memory may be made to a charity of your choice.

Condolences, photos and favorite memories may be shared through www.gossfs.com
To order memorial trees or send flowers to the family in memory of Bernard R. Thompson, please visit our flower store.