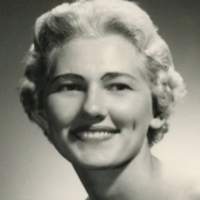 Betty Lou (Watson) Clawson died peacefully on Sunday, October 27, 2019 at the age of 85. She was born February 26, 1934 in Durango (Falls County), Texas, the daughter of the late Oscar Reuben Crossland and Ira Pearl (Clements) Crossland.

Attending Clinton School in Westphalia, Texas until 1948, Betty Lou moved to Temple, Texas with her family when her parents ended farming in the 1950s.

Her life\u0027s work centered around her love for sewing, decorating, flower gardening, bird watching, and simply having the gift of making a lot out of a little, adding color to her childrens lives.

Betty Lou held the record for the longest life of her generation, along with her brother-in-law, Bill Hayes, who still lives in Temple, Texas. For over one hundred years (1914 - 2019) , Oscar Reuben and Ira Pearl\u0027s descendants have populated the State of Texas, surrounding areas, and thanks to the Watsons & Clawsons, some northern states as well.

A Celebration of Life to honor Betty Lou will be held at a later date. The family would like to thank the Brownway Residence staff for their love, kindness, and the exceptional care she received while living there.

Psalm 23, Betty Lou\u0027s favorite, illustrates the source of her inner strength during life\u0027s challenges, and her amazing ability to move forward with "work to be done". Well done, Betty Lou!
To order memorial trees or send flowers to the family in memory of Betty Lou Clawson, please visit our flower store.