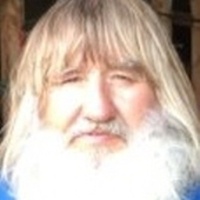 BERKSHIRE - Bruce A. Wetherby, age 64, passed away surrounded by loved ones on Sunday, March 3, 2019 at his home in Berkshire.

He was born in St. Albans on May 2, 1954, the son of the late Irving and Bessie (McKinney) Wetherby.

Bruce grew up in Berkshire Center, and attended Richford High School. On June 25, 1977 he married Debra (Peters) Wetherby and the two raised their family in Berkshire. He worked on both the Bourdeau and the Hubbard farm before becoming a fuel truck driver for A. Brown, he then bought an agricultural feed business from Albert & Rita LaRose. In 1996 he purchased and operated Wetherbys Waste and Trash Removal for 23 years. Bruce enjoyed spending time outside sugaring, ice fishing, cutting wood, and having BBQs. He also loved going to auctions, tinkering in his garage, watching drag car races, admiring classic cars, taking evening car rides with Debbie, but most importantly, Bruce treasured quality time spent with his grandchildren, his family, and his friends.

He is survived by the love of his life, Debra Wetherby of Berkshire; his beloved daughter, Darcy Wetherby of Jacksonville, FL; his grandchildren, Adrienne & Ruth Gagne and their parents Karen and Cyrille Gagne all of Highgate Center; his brother, Robert Phillips of Putney; his sister, Jacqueline Meunier Phillips and her husband Raymond of Richford; his nephews that he cherished as sons, Michael Phillips and his wife Lisa of Montgomery Center, and Steven Phillips and his wife Nena of Bakersfield; his special friend, Chuck McAllister; and his friends, who he worked with side-by-side, Andy Lewis, Scott Ovitt, and John Morits. Besides his parents, Bruce was predeceased by his son, Jason Wetherby; his grandson, Carter Gagne; and his brothers, David & Donald Wetherby and Raymond Butch Phillips.

Visitation for Bruce will be held on Wednesday, March 6 from 5:00-8:00 P.M. at Spears Funeral Home, 96 Dickinson Avenue, Enosburg.

A Funeral Service will be held on Thursday, March 7, 2019 at 3:00 PM at Spears Funeral Home. Interment will take place this spring in the Berkshire Center Cemetery.

Condolences, photos and favorite memories may be shared through www.gossfs.com
To order memorial trees or send flowers to the family in memory of Bruce A. Wetherby, please visit our flower store.