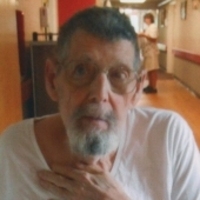 He was born in Burlington on August 23, 1942 to the late Kathleen Greene.

Carl was a hardworking gourmet chef and later changed careers to work as a logger. He was a tough, determined, and caring man. He enjoyed hunting, fishing, camping and the peace of the great outdoors. He genuinely loved spending time with his family, especially his grandchildren and great grandchildren.

He is survived by his daughter, Stacy Angel Arbuckle of Enosburg; grandchildren, Stewart Arbuckle and Joseph Arbuckle; great grandchildren, Austin, Gavin and Wyatt Arbuckle; two sisters; one brother; and many nieces and nephews. Besides his parents, Carl was predeceased by his long-time companion, Arlene Derry, daughter, Rose Greene; and brother, Ronnie Greene.

Services will be private and held at the convenience of the family.

For those who wish, contributions in Carls memory can be made to Spears Funeral Home, P.O. Box 396, Enosburg Falls, Vermont 05450 to help with funeral expenses, or, Alzheimer\u0027s Association, VT Chapter 300 Cornerstone Drive, Williston, VT 05495.

Condolences, photos and favorite memories may be shared through www.gossfs.com
To order memorial trees or send flowers to the family in memory of Carl R. Greene, please visit our flower store.