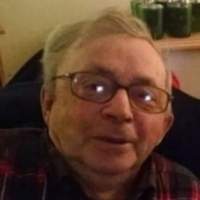 ALBURGH - Carroll Hamburg G. Bryce, age 91, passed away peacefully on Monday, November 4, 2019 at The Villa Rehab in St. Albans with his loving family by his side.

He was born in Cambridge on March 17, 1928 to the late Olin and Dorothy (Leavens) Bryce.

Carroll attended Cambridge Elementary school and later graduated from Jeffersonville High School. Most of his working career was spent in grain mills. He was employed by Wirthmore Feeds and Agway, where he retired after 22 years. His passion was fishing, and he was an avid Bingo player. Carroll was a kind and caring person, who was liked by all who knew him. He will be greatly missed by his family and friends.

Visitation will be held on Friday from 9-10:00 AM at Kidder Memorial Home.

A funeral service will be held Friday, November 8, 2019 at 10:00 AM at Kidder Memorial Home, 89 Grand Ave., Swanton. Interment will follow in the Bush Cemetery in Alburgh.

For those who wish, contributions in Carrolls memory may be made to the Alburgh Fire Department, 60 Firehouse Rd, Alburgh, VT 05440.

Condolences, photos and favorite memories may be shared through www.gossfs.com
To order memorial trees or send flowers to the family in memory of Carroll G. Bryce, please visit our flower store.