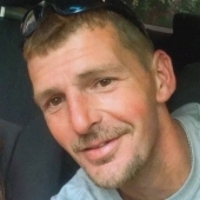 HIGHGATE - Chad D. Lavigne, age 38, was taken from this world far too early, due to suicide from a long battle with depression and addiction on Sunday, November 24, 2019.

Chad attended Missisquoi Valley Union High School and began his career working for Harrison Concrete and is currently employed by SD Ireland Company. He was a dedicated father and a hardworking concrete finisher. Chad enjoyed spending time in the woods, hunting and fishing. He was a proud New England Patriots fan and loved to watch Sunday football. Above all, Chad cherished time with his children, family and friends and his witty personality will be missed by everyone that knew him.

He is survived by the loves of his life, his children, Logan and Macie Hemingway of Highgate, Zeida Lavigne of Swanton, parents, Kelly St. Francis and her husband Donald of Highgate; sisters, Dawn Lapan and her husband Jason of Highgate Springs, and Casey Conley and her husband Jeremy of Highgate Springs; nieces, McKenna, Madison and Jadyn; nephews, Matthew and Camden; grandparents, Daniel and Nancy Lavigne of Swanton; the mother of his children, Crystal Curran; and Brianna Hemingway, who Chad treated like one of his own children; and several aunts, uncles, cousins and friends. Chad was predeceased by his grandmother, Joyce Gabree; and cousin, Rick Gabree Jr.

Visitation will be held on Saturday, November 30, 2019 from 1-3:00 PM at Kidder Memorial Home, 89 Grand Avenue, Swanton. Interment will be private.

For those who wish, contributions in Chads memory may be made towards a fund for his children, c/o Casey Conley, 1831 Fortin Road, Swanton, Vermont 05488 and/or the Center for Health and Learning, VT Suicide Prevention Center, 28 Vernon Street, Suite 319, Brattleboro, VT 05301.

Condolences, photos and favorite memories may be shared through www.gossfs.com
To order memorial trees or send flowers to the family in memory of Chad D. Lavigne, please visit our flower store.