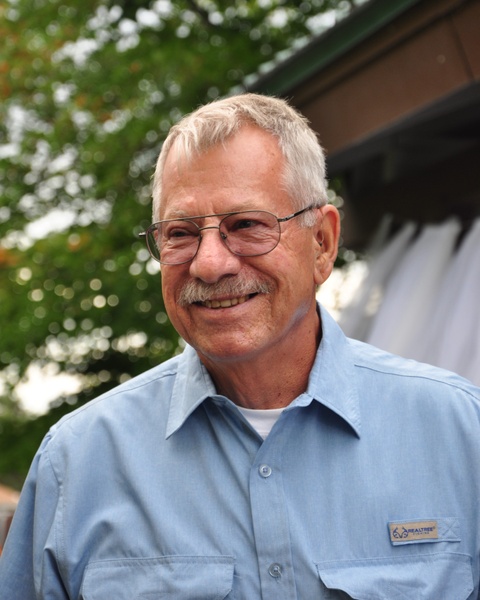 He was born in Burlington on September 2, 1946, to the late Joseph Henry and Rita Anita (Ratte) Eade.

Charles grew up in Burlington and graduated from Burlington High School in 1965. He married the love of his life, Leona Plante on September 10, 1966 and together they had 5 daughters who were the center of their lives. Charles worked for General Electric after high school where he was a Class A toolmaker, and then went to the police academy and proudly served for the Burlington, South Burlington, and Richmond Police Departments for 16 years. After leaving the police force, he used his expertise working for Velan Valve and retired from Vermont Indexable Tooling where he specialized in designing and manufacturing custom tools. He also was a Snap-on Tools salesman. After retirement, Charles and Leona split their time between Swanton and Ruskin, Florida.

His hands were rarely still, never hesitating to throw himself into passion projects including sketching, painting, wood carving, trapping, gardening, cooking, and building and flying RC planes. He loved spending time outside exploring, hunting, traveling, camping with his family, and spending time on the water boating, fishing, and snorkeling. Charles was a life long learner, and was always sharing his knowledge with those around him.

Whether it was guiding his siblings after his father passed away, or teaching his children and grandchildren, his wisdom and knowledge enriched all their lives in so many ways.

Charles was a true gentleman, and exemplified what it meant to be a protector and provider for his family. He was a bright light in this world, and will be deeply missed by many.

Family and friends are invited to Charles’ Life Celebration on Saturday, September 24, 2022 to include visitation from 10-11:00 AM with a memorial service to follow at 11:00 AM at The Goss Life Celebration Home, 89 Grand Ave., Swanton, VT 05488

In lieu of flowers, contributions in Charles’ memory may be made to the American Heart Association, 4217 Park Place Court, Glen Allen, VA 23060.

To order memorial trees or send flowers to the family in memory of Charles E. Eade, please visit our flower store.