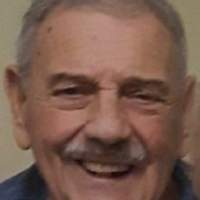 Charles grew up and attended school in Swanton. After school he joined the U.S. Army and served during the Korean War. He married Sylvia (Underwood) on September 15, 1951. Charles was a proud member of the Abenaki Nation of Missisquoi. He was also a member of the Swanton V.F.W. Post #778. Charles loved the outdoors, especially hunting, fishing, doing yardwork, or just sitting in his sun room. He also enjoyed going for rides with his dog.

A memorial service will be held Friday October 19, 2018 at 3:00 PM at Kidder Memorial Home, 89 Grand Ave., Swanton, VT. Interment with military honors will follow in St. Louis Cemetery in Highgate.

Visitation will be held on Friday from 1:00 PM until the hour of the service.

For those who wish, contributions in Charles memory may be made to the Alzheimer\u0027s Association, VT Chapter, 300 Cornerstone Drive, Williston, VT 05495.

Condolences, photos and favorite memories may be shared through www.gossfs.com
To order memorial trees or send flowers to the family in memory of Charles H. Ives Jr., please visit our flower store.