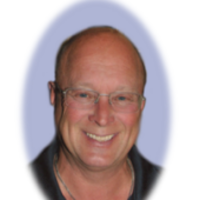 Chris was born in Burlington on June 28, 1958, the son of the late Harold Peanut and Janice (Ferrier) Daudelin.

Chris retired in 2016 after a 34 year career at IBM (Global Foundries). He was an active member of the Swanton Christian Church and took pride in volunteering his time and fellowship to the congregation. One of Chris\u0027 favorite hobbies was interior painting, which he graciously did for his wife, many times over. Being the sun worshiper that he was, a painting job outside was just icing on the cake.

Other hobbies included taking a spin on his motorcycle on a hot sunny day, attending an occasional concert with his sons and brother, only to enjoy the time spent with family over the concert itself. He loved The Beatles, hockey and football, and for better or worse he was a committed NY Giants fan. Chris was known for his infectious smile, wise cracking sense of humor and down to earth happy-go-lucky nature whose motto was water off a ducks back . Anyone who knew Chris loved him and would say he left them a better person for having known him. We will forever hold him in our heart until we can hold him in heaven.

A memorial service will follow on Saturday at 11:30 AM at the Swanton Christian Church, 7 Academy Street, Swanton with the Rev. Daniel Brueckner officiating. Interment will be held at the convenience of the family in the New Mt. Calvary Cemetery in Burlington.

For those who wish, contributions in Chris memory may be made to the Swanton Christian Church, 10 Farrar St., Swanton, VT 05488.
To order memorial trees or send flowers to the family in memory of Chris Daudelin, please visit our flower store.