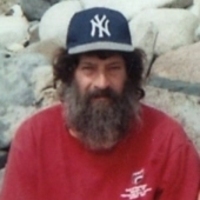 Chris married Gisele (Parent) in 1997 and started their family of one beloved daughter. Chris was an avid outdoorsman. He loved hunting, fishing and camping with his family. They genuinely loved camping in Franklin at the family camp and enjoyed time on Lake Willoughby. He worked as a fork lift operator for Wright & Morrissey and then as a mason tender for the past seven years for Lacaillade Masonry. Family and friends meant the world to Chris, and he will be missed by many.

A funeral service will be held Saturday, September 28, 2019 at 3:00 PM at Spears Funeral Home, 96 Dickinson Ave., Enosburg Falls. Interment will follow in the West Enosburg Cemetery.

Visitation will be held on Saturday, September 28, 2019 from 2:00 PM until the hour of the service at Spears Funeral Home, 96 Dickinson Ave., Enosburg Falls.

For those who wish, contributions in Chriss memory can be made to the charity of your choice.

Condolences, photos and favorite memories may be shared through www.gossfs.com
To order memorial trees or send flowers to the family in memory of Christopher R. Stimpson, please visit our flower store.