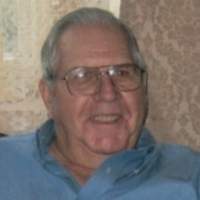 Clayton attended Enosburg Falls High School and after graduation he enlisted in the U.S. Army. After receiving his honorable discharge and returning home, Clayton worked in construction as a dump truck driver, and for the Vermont State Highway Department for a few years. He began his career at IBM in 1965 and retired in 1990 as a Manufacturing Manager. Clayton then began his second career at the Champlain Valley Fair Grounds working as part of their event staff - He loved meeting and talking with new people there. He also held several part-time jobs throughout his life, he was an officer with the Franklin County Sheriffs Department and the Milton Police Department, and a Deputy Game Warden for the state of Vermont.

He married Evelyn Neveau of East Enosburgh in 1965 and the couple made their home in Georgia. Clayton & Evelyn owned and operated C & E Ittle Gift Shop for many years. Clayton was a valued member of the community and he served as the First Constable, and Tax Collector for the town of Georgia for 25 years, he was also a member of the Volunteer Fire Department in Georgia in the 1970s.

He is survived by two children, Jeffrey Barnes and his wife Jessica of St. Albans, and Maryellen Comtois and her significant other Thomas Higgins of Wilmington, NC; two granddaughters, Samantha Comtois & Jacqueline Comtois and her significant other Hailee Guerin; two step-grandchildren, Emily & William Esancy; and several nieces & nephews. Besides his parents, Clayton was predeceased by his wife, Evelyn (Neveau) Barnes; and his siblings, Carlton Barnes, Robert Barnes Sr., and Audrey LaFlame.

A funeral service will be on Monday, April 22, 2019 at 11:00 AM at Spears Funeral Home, 96 Dickinson Ave., Enosburg Falls, VT. Interment will follow in the Enosburgh Center Cemetery. A reception at the American Legion Post #42 in Enosburg Falls will be held after Claytons burial.

Visitation will be held on Monday at Spears Funeral Home from 9:00 AM until the hour of Claytons service.

For those who wish, contributions in Claytons memory may be made to the McClure Miller Respite House, 3113 Roosevelt Highway, Colchester, VT 05446.

Condolences, photos and favorite memories may be shared through www.gossfs.com
To order memorial trees or send flowers to the family in memory of Clayton E. Barnes Jr., please visit our flower store.