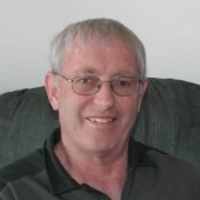 ENOSBURG FALLS - After a long and courageous battle with cancer (not from smoking), Clifton A. Kirkpatrick passed away on April 19, 2019 surrounded by family and close friends. With the great support from family, close friends, and medical staff he was able to put up a hard fight against cancer.

Cliff was born on April 15, 1947 in Clarion, PA, the oldest of three boys to great and loving parents Art and Fran Kirkpatrick, who both predeceased him. Cliff didnt grow up with a lot of money, but there was no shortage of love. He rode his bike, had many adventures along the Clarion river hills, and spent countless hours at the town swimming pool where he learned to be an excellent swimmer and later used those skills to become a lifeguard and taught countless children how to swim. Born with a love of hunting and fishing, Cliff learned to hunt deer and squirrel with his mother and learned to fish with his father. He also owes his mother for keeping him in line and teaching him to be a good person.

After high school Cliff went to DeVry Tech in Chicago where he graduated top in his class in Electronics and also earned a license in FCC Radiotelephone with Radar endorsement. At the age of 21, Cliff joined the Navy where he spent the next 6 years working as an Electronic Technician. He graduated top of his class in the Navy, went on to submarine school, and ended up on a repair ship for nuclear fast attack submarines. This was during the height of the Cold War and he was kept busy. He had many great sea stories and was proud to be a Veteran.

After the Navy, Cliff moved to Vermont and started working for Central Vermont Railroad installing telephones, radios, and dispatch systems. Cliff worked there as the Wire Chief until his retirement in 2007. Cliff was not one to stay idle for long, so after retirement he went to work in the school system as a para-educator with a specialty in Math. The students loved Mr. K and all his stories and he loved what he did.

Cliffs life came together when he met his one true love, Martha, at The Salty Dog in Smugglers Notch. They quickly fell in love and started a family. He was always commenting on how lucky he was to have Martha and anyone who saw them together knew he loved her more than anything. They worked hard and raised three great children, Scott, Stacey, and Stephen in Bakersfield, VT where Cliff loved living. Cliff was so proud of his children and all of their accomplishments. They all graduated college, which was very important to him and Martha, and got married to good people. Their oldest, Scott, which Cliff called their straight arrow, has a successful career and is a really great person. He married Jennifer Vorse and they have three children Matthew, Ethan and Katelyn and live in Berkshire, VT. Their next child was Stacey, who succeeded in becoming a Physical Therapist and pursued her dreams and obtained a doctorate of physical therapy. She married Matthew Boucher, together they have Alyssa and Zachary, and live in Bakersfield, VT. Their youngest child, Stephen, is a successful business man and sales person. He married Holly Cawley, together they have a son Tyler, and live in Thornton, NH.

Cliff found family to be very important and loved them deeply. He and Martha have felt very blessed to have such wonderful children and grandchildren. Cliff has always said he could not have come so far in life without Martha and they always made one heck of a team. He found it very hard to leave Martha and the life they created together. Darn cancer!

Cliff leaves behind his one true love, Martha, of Enosburg, VT, their three children and their families, his brothers Ray of Summerville, PA and Byron and his wife Crystal of Winter Park, FL, his brother and sister in laws, Valarie and Felix Snider, Robert and Debbie Bonk, Debbie and Mike Lewis, and Walter Bonk, his close friends Donna and Rosaire Paquette and family, Lisa and Steve Maynard, and Betty Rivard along with many aunts, friends, nieces, nephews and his loyal canine companion Liberty.

Condolences, photos and favorite memories may be shared through www.gossfs.com
To order memorial trees or send flowers to the family in memory of Clifton A. Kirkpatrick, please visit our flower store.