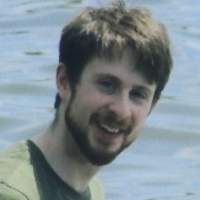 ST. ALBANS - Cory Benjamin Abell of St. Albans, passed away in the early hours of July 31st and life will never again be the same for those of us who loved him.

How do we describe our Cory? He was the kindest, gentlest soul that ever lived. When he was in grade school every teacher described him as marching to the beat of a different drummer. He did well though, teaching himself how to read and exceling at whatever current obsession he was into at the time. One teacher commented that Cory was one of those kids who she couldnt wait to see what he did when he grew up. Cory knew he wasnt like other people. He never understood evil and trusted everyone; way too much. He didnt know how to defend himself against the demons that plagued him. He started drinking to hide from the world; but was a loving and caring, compassionate friend to those who got him.

He gave up drinking during the last two weeks of his life, but it was too late. His mind was taken over by terrifying obsessive compulsive thoughts and although he recognized they were not real, he just couldnt stop them.

There will never be another Cory. He was unique and irreplaceable. He had an amazing wit and an all-encompassing love for all of us. He was there in our darkest hours and sometimes it seemed like he was the only one who knew how to provide comfort, even when he was struggling with his own demons.

Cory was born on October 1st, 1984 and was a dedicated employee at Reinhart Foodservice. He leaves behind his mother, Lynda Unwin, who will miss the poems he wrote her every Mothers Day, the lively political debates enjoyed between them at least twice a week and most of all the genuine love, support and meaning he provided to her world. He leaves his Aunt Carrie and Uncle Jim Demers, who were like second parents to him and will miss the game night tradition at their house he loved so much. He leaves his sister Kanani Rominger and her husband Bob. Kananis greatest pleasure from the time he was born was kissing his cheeks; something she never stopped doing even though as an adult it did embarrass him a bit. He will be missed by his brother Kristopher, who he was just getting to know again and he was in awe of what a good person Kris is. He will be missed by his cousin Casey, who was really more like a brother and protected him in his own way from the time he was born. He leaves his grandmothers, Virginia Richard and Shirley Abell and his nieces, Shaina and Mckenna Benjamin and nephew Gavin Benjamin. He leaves his Aunt Kim Nicasio and her husband Dan, his Uncle Greg Abell and his wife Karen, his Uncle Mark and wife Jill and his Uncle Stephen Abell, all of whom he had expressed hopes to spend more time with recently. He also leaves many cousins and a stepsister Amber Unwin. Cory was predeceased by his dad James Wayne Abell on February 22, 2018 which broke his heart. He also missed his step father, Allen Unwin, who he shared his birthday and his kind heart with. Both of his grandfathers, Gerald Richard and James Woodworth Abell, will be waiting to welcome him into heaven, as will his stepsister Laura Unwin Conger.

Services will be scheduled at a later date. The family will now join privately to share our memories and try to figure out how we will deal with this enormous void that will now always exist in our lives.

Please donate to the mental health agency of your choice to honor his memory.

Cory, you are finally at peace.

Condolences, photos and favorite memories may be shared through www.gossfs.com
To order memorial trees or send flowers to the family in memory of Cory B. Abell, please visit our flower store.