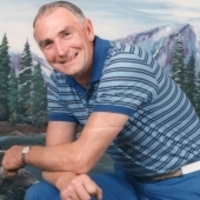 SWANTON - Darence E. Hakey, age 89, died on August 16, 2018 at his residence on Liberty Street surrounded by his loving family.

Darence was born in Swanton on March 26, 1929, the son of the late Edward and Elmire (Sisco) Hakey. He attended school in Swanton and joined the U.S. Army in 1951. Darence was a Veteran of the Korean War and a recipient of the Purple Heart.

He was a well-known carpenter in the surrounding areas, one of the original owners of East Shore Dry Wall in Burlington, VT.

Darence was a lifetime member of the Church of the Nativity in Swanton, American Legion Post #1 and V.F.W. Post #758 both of St. Albans.

He was predeceased by his 1st wife Charlotte in 1981, his parents, his sisters Eunice Minkler, Eldora Williams, Mary Demar, Joan Johnson and a brother, Francis Hakey.

A luncheon will be held following the burial at the Swanton Municipal Complex, family and friends are invited if they so wish to bring a dish to the complex after 9 a.m. Thursday morning.

In lieu of flowers, Memorial Contributions can be made to Missisquoi Valley Rescue, P.O. Box 22, Swanton, VT 05488.

Condolences, photos and favorite memories may be shared through www.gossfs.com
To order memorial trees or send flowers to the family in memory of Darence E. Hakey, please visit our flower store.