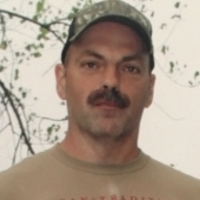 BAKERSFIELD - Darren was a very simple man who lived a very simple life. He married his high school sweetheart, Tina on August 24, 1985. Darren became a father at the young age of 18, and he devoted his life to that role. He was very proud of his family, they were his entire world. One of Darrens proudest moments came when he became a Papa. His 8 grandchildren meant the world to him, he loved each and every one of them immensely, and they knew they each had a piece of their Papas heart.

He was a selfless man and didnt want for anything. His greatest pleasures came from helping others and giving one of his signature hugs to anyone who needed one. Darren was a loyal, hard-working man, he spent the last 29 years as a truck driver for Land Air Express. Anyone who knew Darren, knew he was more than just a truck driver, his customers became his family. He would always go above and beyond for them, and it was evident, through the many gifts they showered him with throughout the year, that the feeling was mutual. To know Darren, was to love Darren...

Darren could be found on the couch every Sunday, rooting for his favorite Nascar driver, #18 Kyle Busch. He enjoyed spending time with his family, cutting wood, hunting, and drinking coffee. Darren will always be remembered for having a great story to tell, to anyone that would listen. Darren left a profound legacy after passing away unexpectedly, he donated his organs in hopes to give others a second chance at life.

I love leaves in the wind, pictures of my friends, birds in the world, and squirrels. And I love you too.

A memorial service will be held on Friday, December 28, 2018 at 11:00 AM at Spears Funeral Home. Interment will follow in Maple Grove Cemetery in Bakersfield.

For those who wish, contributions in Darrens memory may be made to Hunt of a Lifetime Foundation, Attn: Melissa, P.O. Box 241, Harbor Creek, PA 16421 or online at www.huntofalifetime.org

Condolences, photos and favorite memories may be shared through www.gossfs.com
To order memorial trees or send flowers to the family in memory of Darren D. Ovitt, please visit our flower store.