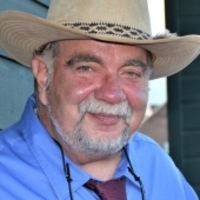 Dave was born July 14, 1950 in Jersey City, New Jersey the son of Florence (Reese) DiPerna and the late Joseph DiPerna.

At a young age he married the love of his life, Kathleen and became father to George and Kellie. In 1987 Dave inherited a new name that his family would forever know him by, Pa. Dave taught his family to work hard and take care of what matters most, the family. He expressed this value through countless hours repairing family vehicles in Pa\u0027s Garage, taking the kids to the Jersey Shore, one of his favorite places and was always available if someone needed him.

Dave was a member of All Saints Catholic Church. He was employed as a truck driver at Buddy Mosier, Cyr Lumber and Wrightholm Trucking as well as the Director of Maintenance at Our Lady of the Meadows and Ave Maria Community Care Homes in Richford. Dave loved his planes, trains, automobiles, Reese\u0027s Cups, and operating his Ham radio under the handle KB1JME. He was instrumental in promoting the Ham radio system in the area by helping to construct antennas. He also earned his pilot\u0027s license and loved flying with his grandchildren. His passion for these cherished things will be for what his family remembers him the most.

Funeral services will be held Thursday, December 7, 2017 at 10:00 AM at All Saints Catholic Church, 152 Main Street, Richford with Rev. Karl Hahr celebrating the Mass of Christian burial. Interment will follow in the All Saints Cemetery in Richford.

For those who wish, contributions in Daves memory may be made to Our Lady of the Meadows - Resident Activity Fund, 1 Pinnacle Meadows, Richford, VT 05476 or to The University of Vermont Cancer Center, The Courtyard at Given, 4th Floor North, Burlington, VT 05405.
To order memorial trees or send flowers to the family in memory of David J. DiPerna, please visit our flower store.