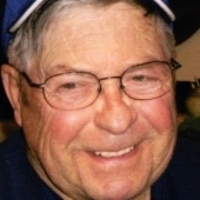 SWANTON - David W. Holbrook, age 79, passed away on Monday, April 22, 2019 at University of Vermont Medical Center with his loving family by his side.

David attended school at Bellows Free Academy in Saint Albans. He loved to play baseball and was known for being an excellent pitcher. After graduation he joined the United States Air Force in which he served his country during the Vietnam War and retired after 22 years of service. He married Sherry Hakey. After retiring from the Air Force, he went on to IBM as a Maintenance Technician ending his employment after 20 years. Being retired did not mean slowing down for David, he decided to join Sherry and drive school bus for Swanton. He was known for puttering, always finding some project to start or finish. David and Sherry shared the same love for fishing and camping. After work the two of them would venture to Campbells Bay for an evening boat ride and fishing. They both enjoyed traveling in their motorhome and took their grandchildren across the country for a six-week adventure. His greatest joy was the life he made with Sherry and the love he had for his family; he will be greatly missed.

He was predeceased by his parents and his daughter in-law, Kimberly (Minchel) Holbrook.

A funeral service will be held on Wednesday, May 1, 2019 at 2:00 PM at Kidder Memorial Home, 89 Grand Avenue, Swanton. Interment will follow in Riverside Cemetery.

Visitation will be held on Wednesday at Kidder Memorial Home from 1:00 PM until the hour of the service.

For those who wish, contributions in Davids memory can be made to the American Lung Association, 372 Hurricane Lane, Williston, Vermont 05495.

Condolences, photos and favorite memories may be shared through www.gossfs.com.
To order memorial trees or send flowers to the family in memory of David W. Holbrook, please visit our flower store.