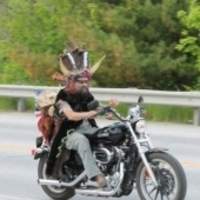 ENOSBURG FALLS - David Earl Reed Jr. 57, a resident of Enosburg passed away peacefully in his home on Tuesday evening, May 15, 2018, surrounded by family.

David "Mutt" Reed was born on February 23, 1961 in St. Albans, VT. David is the son of the late David Earl Reed Sr. and Hazel (Talcott) Reed. David had resided in Sheldon for the first 51 years of his life until recently moving to Enosburg 7 years ago.

David graduated from Bellows Free Academy in 1979. David spent most of his working career at I.B.M, now Global Foundries. David worked there for 35 years. In his past time he loved to hunt, fish or simply spend time outside. David really enjoyed his bee\u0027s. The respect he had for his bee\u0027s led him to create products derived from the bee\u0027s honey. He was so proud of his bee\u0027s and the products that came from them. David was also an avid home brewer. He loved to share his newest creation with friends and family. David had a love for motorcycle riding. Besides his family and friends his Harley Davidson was his pride and joy. Every year he looked forward to riding in the Vermont Thunder ride on Memorial Day weekend. David became a staple of the ride for his wild and creative costumes, quickly becoming a crowd favorite. Most of all David loved spending time with his family. The lasting impressions he made on everyone\u0027s life will never be forgotten.

Condolences, photos and favorite memories may be shared through www.gossfs.com
To order memorial trees or send flowers to the family in memory of David "Mutt" Reed, please visit our flower store.

The Home of Hazel Reed