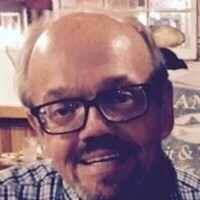 SWANTON – David A. Thompson, age 70, passed away on Sunday, January 31, 2021 after fighting Parkinson’s Disease for several years. He was surrounded by his loving family at his home in Swanton.

He was born March 7, 1950 in Sheldon to William Thompson Sr. and the late Lorraine (Deso) Thompson.

David was a life-long resident of Swanton and a graduate of Swanton High School. He worked as an accountant and controller at Mylan for over 40 years. Through Mylan he was able to earn his Bachelor’s degree. David met Celine (Laroche) in 1972. She told her brother “that is the man I’m going to marry” and as they say the rest is history. They were married on July 7, 1973.

David was an inspiration to everyone who knew him. He loved his life, his family, and running. Parkinson’s took away his physical abilities, but it couldn’t touch the way he loved his family and living life. He always looked forward to family gatherings at the holidays, and was able to have one last Thanksgiving meal before he passed. David also enjoyed camping, and bird watching.

David’s family held a private funeral service, and his body was donated to the University of Vermont Medical Center anatomical gift program. A public celebration will be held later this year.

For those who wish, contributions in David’s memory may be made to the Parkinson’s Foundation – New England Chapter, 200 SE 1st Street, Suite 800, Miami, FL 33131

To order memorial trees or send flowers to the family in memory of David A. Thompson, please visit our flower store.