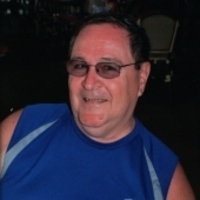 BAKERSFIELD - Denis John Henry Paquette, passed away peacefully on Thursday, July 19, 2018 at the UVM Medical Center, surrounded by his family.

He was born in Fairfield on May 25, 1950 to the late John and Alice (Laroche) Paquette.

Denis graduated from Central Catholic High School, in St. Albans in 1968. Following in the footsteps of his father, Denis continued the tradition of being a hard-working Paquette. He served in the US Army where he retired as a Captain. Following his honorable discharge, he started his second career at United States Citizenship and Immigration Services. Denis had many hobbies, including, trips to the casino, vacations in Florida, collecting coins and movies, watching basketball, and talking politics. Denis was a loving husband, father, grandfather and uncle and his fun-loving personality will be missed by everyone who knew him.

Visitation will be held at Spears Funeral Home on Tuesday from 10:00 AM until the hour of his service.

For those who wish, contributions in Denis memory may be made to Franklin County Animal Rescue, 30 Sunset Meadows, St. Albans, VT 05478.

Condolences, photos and favorite memories may be shared through www.gossfs.com
To order memorial trees or send flowers to the family in memory of Denis J. Paquette, please visit our flower store.