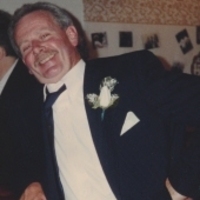 He was born in Granby, Quebec, Canada on December 14, 1949 to the late Lorne & Marjorie (Benoit) Dunlavey.

Dennis was a hard worker and was employed by Munson Earth Moving for over 30 years. As a well-respected (and sometime feared) construction superintendent, he knew how to do a job right. He was so dedicated to his work that his upcoming "retirement" was just cutting down to four days a week. Dennis recently helped both of his children with home renovations and was so meticulous in his work that he was often found sitting on a stool contemplating his next move.

Dennis loved the outdoors, and some of his favorite weekends were spent camping with his family at Lake Carmi. He was an avid Patriots fan, and he would be found glued to the television every Sunday, except for the one weekend a year he went to Foxboro to watch a game with his daughter and her husband. He also loved spending time at his family\u0027s farm in Richford, especially with his Belgian Draft Horses that he inherited from his father.

More than anything, Dennis was devoted to his family. He was especially in love with his new grandchild, Abel, whom he had trouble sharing. His children could not have imagined a better father, and he loved their spouses as if they were his own children. Dennis was a loving, kind and most of all patient husband. He was adored by his whole family, and their lives will be forever changed by his loss.

Condolences, photos and favorite memories may be shared through www.gossfs.com
To order memorial trees or send flowers to the family in memory of Dennis L. Dunlavey, please visit our flower store.