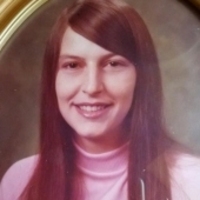 RICHFORD - Dianne R. Bessette, age 68, passed away unexpectedly on Saturday, April 13, 2019 at Northwestern Medical Center with her loving family by her side.

She was born in Sweetsburg, Quebec, on August 5, 1950 the daughter of the late Marcel and Esther (McKelvey) Bessette.

Dianne grew up on her parents dairy farm. She was a graduate of North Country High School. She played varsity basketball and led the majorettes at Richford High School. Dianne served as head of the Richford ambulance for 8 years and was an EMT for 15 years. She was also the office manager/book keeper for the Joseph Martel Trucking company. Dianne enjoyed spending time with her family, NASCAR racing and her boys, Tucker and Tippy the daschunds. She will be greatly missed.

She was predeceased by her parents Marcel and Esther Bessette, sister Lorraine (Bessette) Craig and great grandson Aven Royea.

In keeping with Diannes wishes there will be no funeral services.

For those who wish, contributions in Diannes memory can be made to Lupus Foundation of America, Inc., 2121 K Street NW, Suite 200 Washington, DC 20037

Condolences, photos and favorite memories may be shared through www.gossfs.com
To order memorial trees or send flowers to the family in memory of Dianne R. Bessette, please visit our flower store.