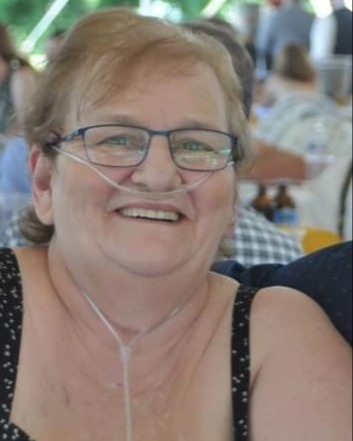 HIGHGATE SPRINGS– Dianne L. Ferland, age 66, passed away with her loving family by her side on Sunday, September 18, 2022 at the Northwestern Medical Center in St. Albans.

She was born in St. Albans on October 15, 1955 to the late Gilbert Thompson and Leora Lemnah.

Dianne grew up in Alburgh and then moved to Highgate where she graduated from Missisquoi Valley Union High School in 1973. She had various jobs in the area making her a Jack-of-all-trades— she even did the mechanical maintenance on her vehicles. She was a proud mother, and even prouder grandmother, she cherished the time she spent with her grandbabies. Dianne was a talented crafter, and could make just about anything. She loved watching and feeding the birds, and the sounds of windchimes. Dianne had a knack for telling it like it was, stubborn at times, and didn’t shy away from telling everyone how she felt. Dianne truly wore her heart on her sleeve and would bend over backwards for those that she loved. She was a spitfire with a heart of gold.

For those who wish, contributions in Dianne’s memory may be made to Missisquoi Valley Rescue, P.O. Box 222, Swanton, VT 05488.

Our family would like to give a special thanks to the wonderful crew of Missisquoi Valley Rescue, they were always so caring and loving to Dianne, she also had some wonderful Caregivers from Bayada that she became close to, thank you to those girls as well. We also would like to thank the wonderful Doctors and Nurses from the PCU at NMC for supporting Dianne and our family in our time of need.

To order memorial trees or send flowers to the family in memory of Dianne L. Ferland, please visit our flower store.