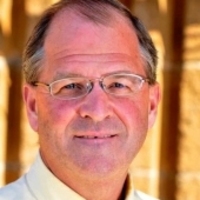 Doug graduated from Missisquoi Valley Union High School in Swanton, VT in 1980. He attended North Country Community College in Saranac Lake, NY for two years. Then he followed his dream to play hockey and transferred as a junior to the University of Alaska, Fairbanks (UAF), where he obtained a Bachelor degree.

Doug loved hockey. As a child, he was known to always be on the flooded tennis court ice rink behind Highgate post office until called home or he needed to warm up his fingers and toes. In 1982, he joined the UAF Nanooks as walk-on goaltender in its third year of hockey. His first year on the team for the 1982-1983 season, Doug appeared in 21 games and earned a 16-5 record, was a major factor in the Nanooks first trip to the NCAA D-2 National Tournament, was the Nanooks first All-American, and was honored as Co-MVP for the team with his friend Steve Moria. Every year, the UAF Hockey program awards the Doug Desorcie Top Freshman (Rookie ) of the Year Award in honor of Dougs talent, sportsmanship, dedication and love of hockey exhibited by a freshman player. In 2017 Doug was inducted into the University of Alaska Fairbanks Nanook Hall of Fame.

His 36-year career in Alaska started in 1987 as Director of Student Activities at UAF. This was followed by 26 years in Valdez, the majority at Prince William Sound Community College (PWSCC) starting in 1992. He was PWSCCs third President (2005-2012). His professional accomplishments are numerous and many accompanied by awards. These were never important to him. What was important to him was creating a team and turning an obstacle into a success where peoples lives were improved for the better. This he did with a passion.

Doug was very involved in the Valdez community as a volunteer, school district and hospital board presidents, Rotarian, Valdez United Way board member, among many positions. He was visible in the community grilling burgers and hot dogs and emptying garbage cans for community events. His contributions are marked by dedication, long hours, creativity, and innovation.

Doug loved his Three Ds , Dexter, Daphne, and Doogan, the shih-tzus who filled his life with joy and comfort. They are now happily reunited.

He recently retired to Ocala, Florida with his partner Denise in 2018. They enjoyed creating a life together. Laughter, projects, meals on the patio, and gardening filled their days.

For those who wish, contributions in Dougs memory may be sent to Missisquoi Amateur Hockey Association, P.O. Box 67, Highgate Center, VT 05459 or Nanook Hockey Alumni, P.O. Box 70934, Fairbanks, AK 99707-0934.
\t
Living actions of honor: Live Dougs moto of Give back to your community, act locally, be involved, and make a difference in another persons life.

Condolences, photos and favorite memories may be shared through www.gossfs.com
To order memorial trees or send flowers to the family in memory of Douglas A. Desorcie, please visit our flower store.