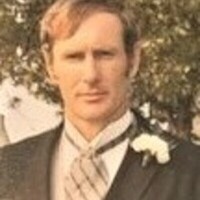 MONTGOMERY CENTER– Douglas D. DeVries, age 80, passed away at Duke University Medical Center in Durham, NC, with his family at his side on January 3rd, 2021.

He was born May 2nd, 1940 in Holyoke, MA to the late Martha (Senecal) and Désiré DeVries.

Doug moved to Montgomery Ctr., VT in 1966 when he acquired the land that became his lifelong home. On June 19th, 1971, Doug married Sharon M. Quinn at St. Bartholomew's Episcopal Church in Montgomery. Doug graduated from the University of Massachusetts, Amherst in 1962. He was commissioned to the United States Marine Corps in 1962 and served his country in the Vietnam War. After his service in the USMC, Doug spent several years serving his country in Southeast Asia, where he made many lifelong friendships that he valued greatly. Upon returning stateside, he went on to Suffolk University Law School in Boston, MA and received his law degree in 1972.

Doug was a long-time member of the Vermont Bar Association, served as President of the Franklin County & Grand Isle Bar Association, and practiced law for more than 41 years in Enosburg Falls, VT. He was a selectman, and served in several other official capacities, for many years with the town of Montgomery, VT.

Doug enjoyed being outdoors and spent much time fishing, hiking, and skiing throughout his life. He was a skilled builder. He built the family home on the equestrian property that he and his wife developed as Burnt Mountain Farm in Montgomery. If you hike up the Long Trail, ski Jay Peak, climb Burnt Mountain, or trek up to Tuckerman’s Ravine on Mount Washington, think fondly of Doug as these were some of his favorite outdoor areas. In his early years, Doug was known for his brightly colored Porsche that he loved to drive around.

He is survived by his children, Désirée A. DeVries of Versailles, KY, Kirsten (DeVries) Cullins of Scarborough, ME and Brittany E. DeVries, Esquire of Rockville, MD, as well as his beloved granddaughter, Evelyn M. Cullins (age 5). Additional family members include his sister, Suzanne (DeVries) Pugliese of Lewisburg, PA, nieces, nephews, and cousins.

Doug’s Life Celebration will include a graveside service with military honors on May 8th, 2021 at 2:00 PM at the St. Isidore Catholic Cemetery, 170-426 Mountain Road, Montgomery Center, VT 05471 with a reception to follow at Burnt Mountain Farm to share memories and light refreshments.

To order memorial trees or send flowers to the family in memory of Douglas D. DeVries, please visit our flower store.