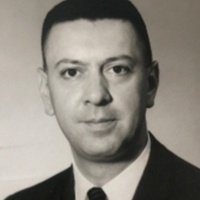 Born in St. Albans, Vermont on June 23, 1935, he was the son of the late L. Jules and Clara (Bernardini) Vaillancourt.

In 1965, Dr. Vaillancourt became a Commissioned Officer in the United States Public Health Service. His first tour of duty was the Public Health Service Hospital (Marine Hospital), in San Francisco, where he had clinical and research assignments, including that of Chief of Primary Care Department. When that hospital closed in 1981, Dr. Vaillancourt was assigned to the office of the Director of the Division of Heart and Vascular Disease at the National Institutes of Health in Bethesda, Maryland until his retirement from active duty in June 1987. Thereafter he returned to California where he worked as a Disability Evaluation Consultant for the Department of Social Services until his retirement in 2005.

He treasured his fellowship with countless AA members on both the East and West Coast and was a member of that fellowship since 1970. The reciprocal bonding with these friends gave meaning to existence and incalculably enriched his life wherever he went.

A Mass of Christian burial was held at St. Anne of the Sunset, San Francisco, on Tuesday May 4, 2021 at 11:30 AM.  John’s Vermont Life Celebration events include a Mass of Christian Burial on Monday, May 10, 2021 at 10:00 AM at the Church of the Nativity, 65 Canada Street, Swanton, VT. Interment will immediately follow in the St. Mary’s Catholic Cemetery, Swanton, VT.

To order memorial trees or send flowers to the family in memory of Dr. John A. Vaillancourt, please visit our flower store.