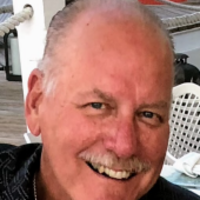 ST. ALBANS - Dr. Peter Richard Burke, MD passed away on Sunday, March 22, 2020 at the Brigham and Womens Hospital in Boston at age 65, surrounded by loved ones. Forty-eight years after beating Hodgkins Lymphoma, living his life as a devoted husband and father and battling five more cancers, Peter finally succumbed to the ravages of the disease. He heroically and stoically fought to remain with his family until his last breath. Peter was a true warrior.

He is survived by his wife, Donna Burke of St. Albans; their three children, Matthew Burke, RA and Dorothy Franks, Esq. of Lynn, MA, Jason and Crystal Burke of Fairfield, VT and Anastasia Burke of NYC; two grandchildren, Ella (age 5), and Liam (age 22 months). He is also survived by his siblings, Walter Burke of Plattville, AL, Timothy and Cecile Burke of Oxford, MA, Margaret Burke Jackman and Darrell Jackman of Marlborough, MA, Kevin and Vickie Burke of Chula Vista, CA and his sister-in-law, Lisa Bovatt of St. Albans, VT; as well as many nieces and nephews.

Peter was born on August 8, 1954 in Marlboro, Massachusetts to Thomas & Arlene (Brodeur) Burke. The Burkes were a military family, so Peter grew up in many locations across the U.S. and Germany. They returned home to Massachusetts where he excelled academically and enjoyed playing football at Marlboro High School. He attended the United States Military Academy at West Point, NY and graduated in 1976, although not commissioned after due to suffering and recovering from Hodgkin\u0027s Disease. He completed his pre-med at Holy Cross in Worcester, MA and attended medical school at Dartmouth in Hanover, NH, graduating in 1984. At the end of medical school, he began a new chapter, meeting Donna Bovatt, later to be his wife of 35 years. He did two years of residency at Penn State in Hershey, PA. He then returned to Dartmouth to finish his residency and was Chief Resident. Peter became board certified in both Clinical and Anatomic Pathology. He moved to northern Vermont where he served as Pathologist and Laboratory Medical Director of Northwestern Medical Center for 26 years. For 10 years, Peter served as a Governor for the College of American Pathologist.

Peter loved the Lord and served as an elder at Church of the Rock in St. Albans. He enjoyed model railroading with Marklin HO trains, learning all military history, raising delicate bonsai trees, exploring the latest technologies, travelling the world to new places to try and see everything, and never missing an Army or Patriots football game. GO ARMY.

A memorial service is scheduled for Saturday, July 11, 2020 at 11:00 AM at the Church of the Rock, 1091 Fairfax Rd., St. Albans, VT with a reception to follow. Peter will be laid to rest at the West Point Cemetery.

Any contributions in Peters memory may be made to the West Point Society, at https://www.westpointaog.org/waystogive or the Tunnel to Towers Foundation at https://tunnel2towers.org/.

Condolences, photos, and your favorite memories of Peter may be shared through www.gossfs.com.
To order memorial trees or send flowers to the family in memory of Dr. Peter R. Burke, MD, please visit our flower store.