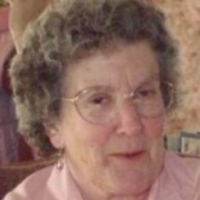 Edith was a life-long resident of the area. Throughout her life she enjoyed gardening, sewing, arts & crafts, and hosting family dinners during the holidays. Later in life, she became very passionate about Dowsing. She was a member of the American Society of Dowsers.

She is survived by her children, Sheila Wilson and her significant other Paul Michel of Enosburg Falls, Jeff Patterson and his wife Janet of Englewood, CO, and Larry Patterson and his wife Renee of Richford; grandchildren, Tracie Leicher and her husband Aaron of Centreville, VA, Travis Wilson and his wife Bridget of Franklin, Rachael Hardy and her husband Larrs of Montgomery, Isaiah Patterson of Brandon, and Lisa Patterson of Sun River, OR; great grandchildren, Hayley, Aleigha, Rohan, and Brielle; her siblings, Dorothy Bocash and her husband Clarence of Sheldon, and Harold Vance and his significant other Alice Perry of Warrenton, VA; and several nieces & nephews. Besides her parents, Edith was predeceased by the father of her children and first husband, Allen Patterson; and her second husband, Stanley Greene.

In keeping with Ediths wishes, there will be no public services.

For those who wish, contributions in Ediths name may be made to the Alzheimers Association - Vermont Chapter, 300 Cornerstone Drive, Suite 130, Williston, VT 05495.

Condolences, photos and favorite memories may be shared through www.gossfs.com
To order memorial trees or send flowers to the family in memory of Edith M. Greene, please visit our flower store.