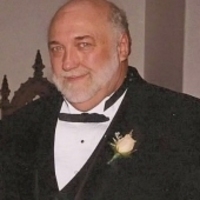 Ernie was born October 5, 1945 in Colchester, VT the son of the late Herbert & Jeannette (Blow) Bapp.

Ernie grew up in Underhill and was a graduate of Jericho High School. His Senior class was instrumental with the naming of Mount Mansfield Union High School. Following high school he entered the U.S. Army and upon receiving his honorable discharge he served several years with the Vermont National Guard. His working career started at Villeneuve Lumber and then went on to work construction for 30 years for Pizzagalli Construction, Jedco Construction, and Colton Construction. He then went to work for IBM for 10 years.

Ernie had many hobbies, including, hunting, fishing, and watching wrestling. He also treasured his red Chevrolet Impala convertible.

He is survived by his children, Jeannette Bapp of St. Albans, Chad Bapp and his wife Heather of Berkshire, and Rae Ann Bapp of St. Albans, and Sarah Gates of Eden; 7 grandchildren; his brothers, Maurice Bapp of Belvidere, and Jack Bapp and his wife LeeAnn of Enosburg Falls; his sisters, Audrey Blow of Essex Jct, Beatrice Bapp of Enosburg Falls, and Pauline Baker and her husband Jerry of Enosburg Falls; several nieces and nephews. Besides his parents, Ernie was predeceased by his wife, Jackie Bapp; his brothers, Robert & Scott Bapp; his sisters, Annette Atherton, and Elsie Nolan; his nephew, Wayne Baker; and his canine companions, Luna & Zippy.

A memorial service will be held Monday, February 12, 2018 at 5:00PM at the Spears Funeral Home, 96 Dickinson Ave., Enosburg Falls with Rev. Lyle Willey officiating. Interment will take place at the convenience of the family in the Underhill Cemetery. There will be no visiting hours.

For those who wish, contributions in Ernies memory may be made to the University of Vermont Cancer Center, The Courtyard at Given, 4th Floor North, Burlington, VT 05405.

Condolences, photos and favorite memories may be shared through www.gossfs.com
To order memorial trees or send flowers to the family in memory of Ernest H. Bapp, please visit our flower store.