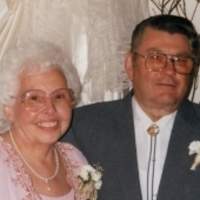 WESTFORD - Eugene A. Bates Jr., age 88, passed away peacefully on Thursday, October 3, 2019 at the UVM Medical Center in Burlington.

Eugene married the love of his life, Marion Sartwell in 1951. They made many memories while traveling together. He worked for HP Hood Company for 23 dedicated years. He then transitioned to BFA St. Albans and worked as the Building & Grounds Director for 14 years. Eugene was a volunteer fire fighter with the Georgia Fire Department for 20 years, one of his greatest achievements was being presented with a plaque that proved he was an Honorary Member of the fire department. He finally retired in 1995, and during retirement Eugene enjoyed woodworking and gardening.

He is survived by his children, Mark Bates and his wife Cheryl of Fairfield, Bonnie Combs and her husband Wesley of Westford; 6 grandchildren; 16 great grandchildren; brothers; Louis Bates of Swanton, and Gary Bates and his wife Jolly of Georgia; sister, Betty Nolan of St. Albans; two foster sons, Ralph Jack and his wife Pam of Michigan, and Marvin Bjerke and his wife Dorothy of Tennessee; special lifelong friends, Theodore Arel and his wife Mary; and several nieces, nephews and cousins. Besides his parents, Eugene was predeceased by his wife, Marion in 2014; son, Robert Bates; sister-in-law, Gertrude Bates; and brother-in-law, Wayne Nolan.

Eugenes family would like to extend a sincere thank you to Green Mountain Nursing Home staff, and the staff at the UVM Medical Center, Baird 6 and ICU McClure 4 for the care they offered Eugene.

A graveside service will be held Thursday, October 10, 2019 at 11:00 AM at the Georgia Plains Cemetery, Georgia.

For those who wish, contributions in Eugenes memory can be made to the Georgia Fire Department, 4134 Ethan Allen Hwy, Georgia, VT 05478 and/or the American Cancer Society - Northern New England Region55 Day Lane, Williston, VT 05495-4420.

Condolences, photos and favorite memories may be shared through www.gossfs.com
To order memorial trees or send flowers to the family in memory of Eugene A. Bates Jr., please visit our flower store.