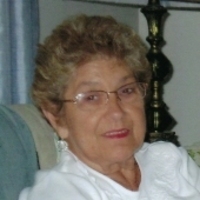 She was born in St. Albans on August 11, 1940 the eldest of eight children to the late Wilfred & Emilienne (Trahan) Choiniere.

Florence attended Highgate High School. On May 29, 1969, she married Ralph Dexter. She worked in nursing for several years at Boucher Nursing Home in Swanton and the Holiday House and Verdelle Village in St. Albans. In the 1980s, she owned and operated Florences Fashions in St. Albans. Florence and Ralph also owned and operated a popular restaurant known as The Highgate which included a mini golf course. When Florence and Ralph werent working, they loved to travel. They traveled all around the world including trips to Europe, China, several locations in the United States and spent winters in Florida for several years. For many years, they owned a home on Missisquoi Bay in Highgate Springs. Their home became the family gathering place and they hosted several bonfires, corn roasts, boat rides, a wedding and many cherished memories were made there.
She is survived by three brothers, Allen Choiniere, Normand Choiniere and Mark Choiniere all of St. Albans; three sisters, Rachel Boudreau of Auburn, ME, Marie Trevithick of Shelburne and Leonie Nadeau of Essex Junction, two aunts, one uncle, several cousins, many nieces, nephews, great nieces and great nephews. Besides her parents, Florence was predeceased by her husband, Ralph; a sister, Pauline Comin; brothers-in-law, Michael Boudreau, John Trevithick, Bernard Dexter, Tommy Dexter and Delbert Martin; sisters-in-law, Nancy Choiniere, Ruth Martin, Muriel Dexter and Geraldine Dexter; her nephews, Michael Choiniere, Brian Boudreau, Ryan Nadeau and Gary Dexter and great nephew, Billy Dexter.

The Mass of Christian Burial will be held on Thursday, January 3, 2019 at 11:00 AM at St. Louis Catholic Church, Lamkin St., Highgate. Interment will follow in St. Louis Cemetery in Highgate.

Condolences, photos and favorite memories may be shared through www.gossfs.com
To order memorial trees or send flowers to the family in memory of Florence M. Dexter, please visit our flower store.