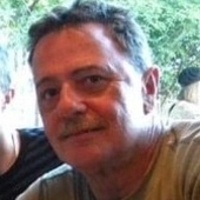 MONTGOMERY - Frank Merritt Cluba passed away on June 15, 2020, after a courageous battle with cancer.

Frank was born on October 24, 1952 in Kaiserslautern, Germany, minutes before his twin brother and lifelong best friend, John.

Frank and John were adopted as infants by Joseph and Pauline (Stanhope) Cluba, who were stationed in Germany while serving in the U.S. Army at the time.

Growing up, Frank spent many summers on the Stanhope family farm in Enosburgh. He moved to Montgomery Center in 1969 when his mother married his stepfather, John Deuso.

In the 1980s and 90s Frank lived in Orlando, Florida, where he worked with his brother John until he returned to Vermont for good.

Frank had a keen entrepreneurial spirit and a knack for succeeding in whatever endeavor he pursued. In 2002 he and his dear friend and business partner, Tom Massey, opened what would become a group of variety shops called Good Stuff, and for the last years Frank owned and worked at the Good Stuff in Derby, until moving back to Montgomery to live with his brother and sister-in-law in March of this year.

Frank was an avid reader with many varied interests. He loved being outdoors, photography and racing; he loved fast cars and always enjoyed road trips and summer drives in his Corvette or winter snow machine excursions across northern Vermont with his brother. Anyone who knew Frankie knew that he loved to have a good time, that he had a wicked sharp sense of humor and that he was always so much fun to be around.

Frank loved and was beloved by his twin brother John, who survives him, and his sister-in-law Lynda Cluba. He is also survived by his son, Patrick C. McIntosh US Navy AZ2(AW/SW) currently stationed in Virginia; his daughter, Savanna McIntosh of Arizona; three step siblings: Robert George and Brenda Deuso of Florida; Diane and Radar Pritchard of Florida and Betty and Russell Marcy of Montgomery Center and by numerous nieces, nephews, cousins and friends who loved him. He is survived as well by his very dear friend, business partner and buddy Tom Massey, who was like family to him. He was predeceased by his mother and stepfather, Pauline Polly and John Deuso, and by his father, Joseph Cluba.

There will be a celebration of Franks life at a later date, due to COVID-19 restrictions.

Condolences, photos and favorite memories may be shared through www.gossfs.com
To order memorial trees or send flowers to the family in memory of Frank Merritt Cluba, please visit our flower store.