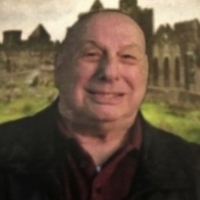 He was born in Highgate Falls on December 11, 1932 to the late Shirley & Madeline (Witham) Bray.

Frank was a lifelong resident of Highgate. He married the love of his life, Marilyn Guay in 1960. Frank worked at Aubuchon Hardware for many years. When he wasnt working, he enjoyed woodworking, coin collecting and most of all, he enjoyed spending time with his family.

In keeping with Franks wishes, there will be no public services.

For those who wish, contributions in Franks memory may be made to the American Cancer Society, ATTN: Relay For Life of Franklin County - SK #GUG736, 55 Day Lane, Williston Office, Williston, VT 05495 or http://www.relayforlife.org/franklinvt.

Condolences, photos and favorite memories may be shared through www.gossfs.com
To order memorial trees or send flowers to the family in memory of Franklin D. Bray, please visit our flower store.